J. Chester Johnson Presented At The Troubadour And At Grosvenor Chapel.

From September 20-October 28, J. Chester Johnson presented at a variety of venues in London and Oxford, England. Most of the presentations occurred at Anglican churches for his latest book (published in 2017), AUDEN, THE PSALMS, AND ME, the story of the retranslation of the psalms as contained in the American Book of Common Prayer, for which the eminent poet, W. H. Auden, and Johnson were the two poets on the drafting committee for the retranslation. Auden served on the committee for the period, 1968-1971, at which point he decided to return to England toward the end of his life; Johnson replaced Auden and served as the poet on the committee until final publication in 1979 of the current Episcopal Book of Common Prayer. In addition to the demand for and interest in AUDEN, THE PSALMS, AND ME in the United States, the book has also garnered considerable interest in England because of the attention the book has given to Auden and the prayer-book, which was first compiled in 1549 at London’s Lambeth Palace by Thomas Cranmer, the first archbishop for the Anglican Church, established by King Henry VIII. 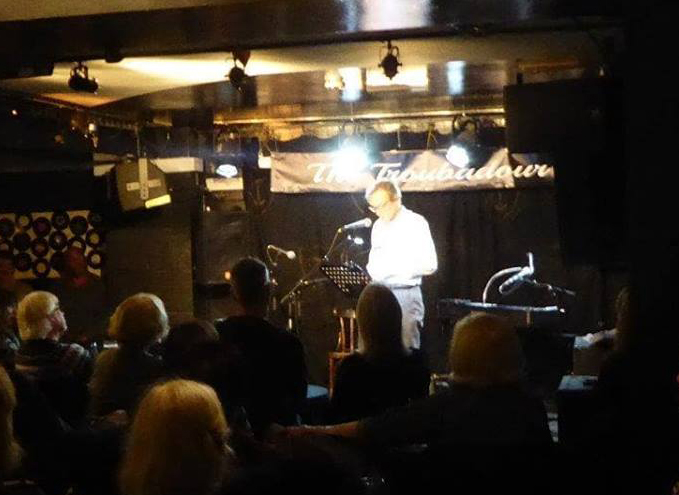 In addition, J. Chester Johnson has had the opportunity to read his verse, principally from his latest book of poetry, NOW AND THEN: SELECTED LONGER POEMS, which was also published in 2017. 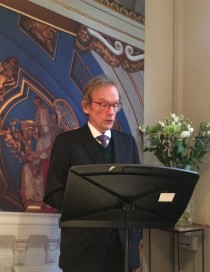 The back-to-back presentations given by J. Chester Johnson on October 14th and 15th are especially noteworthy. Johnson was the featured speaker for “The Feast of the Dedication of Grosvenor Chapel” the afternoon of October 14th; this Chapel was the church where Dwight David Eisenhower, Commander of the Allied Forces at the time, and his staff routinely worshiped while stationed in England during World War II. On the following evening, October 15th, J. Chester Johnson was one of two featured poets (the other, Elizabeth Powell) at the iconic venue, The Troubadour. While known primarily as a famed place for musicians with Jimi Hendrix, Paul Simon, Elton John, Bob Dylan, and many other musical giants having played there, The Troubadour has over the last two decades become well-known as a special place in London for poetry. On October 15th, The Troubadour concentrated on American poetry; toward this end, in addition to the featured presentations by Johnson and Powell, twenty other poets read their favored American poems. Attached are photos of J. Chester Johnson taken at each of these two events.