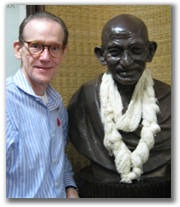 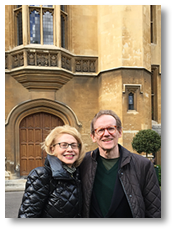 J. Chester Johnson is a poet, essayist, and translator. His writings have been published domestically and abroad and translated into several languages. Johnson, whose work has been praised by leading writers and critics over a few decades, has authored numerous volumes of poetry, including St. Paul’s Chapel & Selected Shorter Poems, second edition (published in 2010 by St. Johann Press); the collection’s signature poem remains the memento card for the multitude of visitors to the chapel that survived the 9/11 terrorists’ attacks at Ground Zero (more than a million poem cards have been distributed). As The New York Times noted, “‘St. Paul’s Chapel’ has been used for the church’s memento card for more than 10 years.” American Book Review regarded the poem this way, “Johnson’s ‘St. Paul’s Chapel’ is one of the most widely distributed, lauded, and translated poems of the current century.” The well-known poet, Major Jackson, said of the volume, St. Paul’s Chapel & Selected Shorter Poems, “Undoubtedly, this is a work headed for literary permanence.”

In January, 2017, a companion volume, Now And Then: Selected Longer Poems, authored by Johnson, was published (St. Johann Press). The acclaimed poet and scholar, Lawrence Joseph, characterized the book, as follows: “The scope of Now And Then is epic. It provides its readers with the same amplitude of intelligence, passion and formal achievement as our great American epics – Melville’s Moby Dick, Whitman’s Leaves of Grass, and Ginsberg’s Fall of America. It is a book of fierce spiritual and moral witness, energy and power.”

J. Chester Johnson has also written about civil rights and race relations. Several of his pieces are part of the J. Chester Johnson Collection in the Civil Rights Archives at Queens College (New York City). He also authored the Litany of Offense and Apology in poetry and prose for the national Day of Repentance (October 4, 2008) when the Episcopal Church formally apologized for its role in slavery and related evils. Born white and reared in one of the country’s most racially segregated regions, Johnson responded against racism in his writings and life experiences; after MLK’s murder, he returned to the town of his youth and taught in the all African-American public school there before integration of the local education system.

Johnson has read his work at Harvard University, the National Cathedral, and on the BBC, among other venues. To learn more about these events and appearances go to the Live Works and Happenings pages on this web site.

J. Chester Johnson, born in Chattanooga, Tennessee, spent his youth in a small town located on the cusp of the Mississippi River Delta in southeast Arkansas. Johnson, who has lived most of his adult life in New York City, is married to Freda Stern Johnson; they have two children. For over three decades, in addition to his writing, Johnson owned and ran a financial advisory firm that concentrated on debt management for states, large local governments, and public authorities; he also served as Deputy Assistant Secretary of the U. S. Treasury Department during the Carter Administration. Johnson was educated at Harvard College and the University of Arkansas (Distinguished Alumnus Award, 2010).

“Ten Years After September 11, 2001: Poets House and Trinity Wall Street, in conjunction with the Lower Manhattan Cultural Council, present a reading by some of America’s leading poets as part of the 10th anniversary of 9/11. This event will be held in the sanctuary of Trinity Church, a few blocks from Ground Zero. Poets Mark Doty, Cornelius Eady, Marie Howe, Major Jackson, J. Chester Johnson, Lawrence Joseph, Martha Rhodes and others will read poems of grief, remembrance and reconciliation.” – Poets House announcement.

Other Readings: The National Cathedral, College of William & Mary, The New School, Pratt Institute, and the Rockefeller Distinguished Lecture Series, among others.

The signature poem, “St. Paul’s Chapel,” for Johnson’s most recent book of verse (now in its second printing) has been used since 2002 as the memento card at St. Paul’s Chapel, the little chapel that stood after 9/11, becoming the relief center (where Johnson volunteered during the clean-up period) for the recovery workers at Ground Zero; the Chapel has served as the de facto memorial for millions of visitors, who have come to the WTC site since the attacks. The poem, extensively published both here and abroad, has been called the country’s most widely read piece of recent verse.

W. H. Auden and Johnson were the two poets on the drafting committee for the retranslation of the psalms, contained in The Book of Common Prayer of The Episcopal Church (USA), a retranslation also adopted for use by Lutherans in the USA and Canada and by The Anglican Church of Canada. The literary critic, Edward Mendelson, who wrote the introduction to Johnson’s most recent volume of verse and who also serves as literary executor and principal biographer for W. H. Auden, ends his latest biography, Later Auden, with correspondence between Auden and Johnson on the retranslation project.

– Several universities list various versions of Johnson’s manuscripts among their special literary collections.
– During the Civil Rights Movement in the late 1960s, Johnson taught in an all African-American public school in the Mississippi Delta. Five of his longer verse pieces are now part of the Civil Rights Archives at Queens College.
– Johnson has also advised, over most of his life, some of the largest governments and non-profit institutions, primarily (although not exclusively) in the USA, on financing and debt management matters. Johnson served as Deputy Assistant Secretary of the U. S. Treasury Department.
– Born in Chattanooga, Tennessee, he grew up in Arkansas and was educated at Harvard College and the University of Arkansas (Distinguished Alumnus Award in 2010). Johnson has lived the greater part of his adult life in New York City. He and his wife, Freda, have two children.

"These poems, like all authentic ones, bear witness to a truth.”
– Edward Mendelson


“With J. Chester Johnson, objectivity and passion coexist naturally. And language, rather than abstracting experience, breathes a direct connection to our tragedies, pettiness, bones and sweat and exaltation.”
– Jean Mellichamp Milliken


“J. Chester Johnson’s poems possess an energy and a zest for the made thing, that, as he wittily states, tames, yes, the rage but also the roving, ravishing intellect of the mind’s hunger. I am even more convinced of his sensuous ability to compose lines that delight even as they articulate the well-spring of joy and pain from which all life issues, when I hear such lines on volunteering at Ground Zero, NYC: ’hands as stars, hands as stripes, hands as a flag.’ Undoubtedly, this is a work headed for literary permanence in our collective ear.”
– Major Jackson

For Conduct And Innocents
(a drama in verse)


“It is certainly a most ambitious and significant work”
– X.J. Kennedy


“A labor of love, obviously, tackling an immense subject. But that’s what Bonhoeffer staked his whole life on too. I can see the skill...and the fluency of the verse, making ‘speeches’ sound like real ‘speech.’ Quite an achievement.”
– Eamon Grennan


“It is dense, it is wise, it is enthralling as it moves towards its tragic denouement. The verse has a lovely plain spoken texture that plays off effectively against the horrific circumstances it is set against.”
– Roger Lathbury


“...a powerful piece of sculpture around a profound absence. And the lyrics were full of imagination and physical pleasure.”
– Vijay Seshadri


“This is an astounding work...the research, the clear expression of love that informs the work. I read it slowly and wanted to write down many lines and passages to praise – but it’s the whole thing that needs praising.”
– Barry Wallenstein