Interview by NPR of J. Chester Johnson and Kyle Miller on the Elaine Race Massacre and Memorial

Remembering The Elaine Massacre In Arkansas 100 Years Later
To listen to the interview, click here. 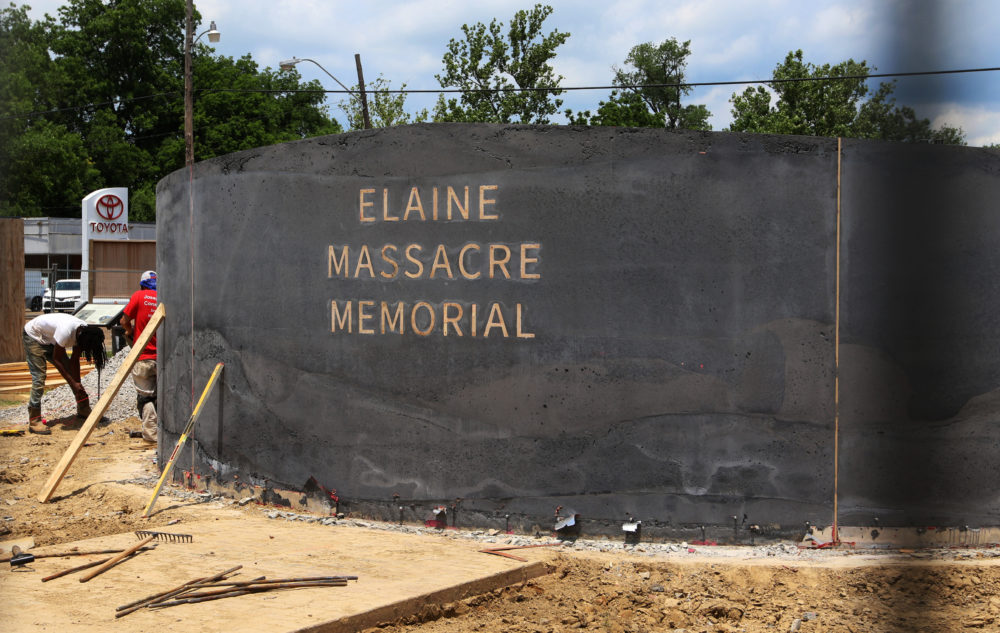 In what’s known as the “Red Summer of 1919,” hundreds of African Americans died at the hands of white mobs, from Chicago to Texas to South Carolina.

In Elaine, Arkansas, white mobs in the Elaine Massacre caused some of the most blood spilled. Death estimates run from 100 to hundreds of murdered black residents, the largest number in the “Red Summer.”

To mark the 100th anniversary, a memorial to the victims is set to be unveiled in Elaine.

Johnson says the purpose of the memorial is to “raise an awareness [and] to also lead toward a level of reconciliation coming out of that awareness.”

Memorials and reparations for the victims’ families are “just one piece of the puzzle,” says Kyle Miller, the director of the Delta Cultural Center in Helena, Arkansas.

Miller lost some of his ancestors during the massacre — four young black men who were ripped off a train and killed.

He says the massacre significantly shaped his family, even causing one of his aunts to leave Elaine and never return.

To read the full article or listen to the audio, click here.