Poet and author Chester Johnson knew his mom’s dad as a loving grandfather. Johnson now knows that grandfather, Lonnie Birch, joined in a massacre that killed more than one hundred African Americans in 1919 near and around the town of Elaine in southeast Arkansas. The violence began after black sharecroppers, having returned from military service in World War I, formed a union to negotiate for higher cotton prices, and had called a meeting inside a local church.

“The deputy sheriff and a security agent for the Missouri Pacific Railroad started shooting in the church to break up the meeting, The union had hired guards outside and the guards shot back,” Johnson said. “A lot of white planters felt this was the beginning of a black insurrection so they sent out posses the next morning.” Federal troops also arrived, adding to the death toll which fell, not exclusively but overwhelmingly, on the black sharecroppers.

Sheila Walker is a native Arkansan, who learned about the massacre as a child even though she, like Chester Johnson, was born more than two decades after it occurred.

“I first heard about this story through my grandmother. She would always start talking about it and then just start crying, hysterical, post traumatic stress. My uncle Albert, I think he was shot twice, once in the arm and then in the neck. Uncle Jim, he was shot in the face during the massacre.”

“Race riot” was the term used in local accounts, and that's how Johnson heard it described during his teenage years by his mother, who added a family connection.

“My mother on several occasions made reference to the fact that Lonnie, my maternal grandfather who cared for me the first few years of my life, had participated in what she called a well-known race riot where many African Americans were killed." Johnson says it was also widely known within his family that Lonnie Birch was a member of the Ku Klux Klan.

Although Johnson had heard, as a teenager, his mother’s vague reference to his grandfather's participation, he never truly connected the dots until fifty years later when he read an account of the violence at Elaine written by Ida B. Wells, the journalist and anti-lynching activist. 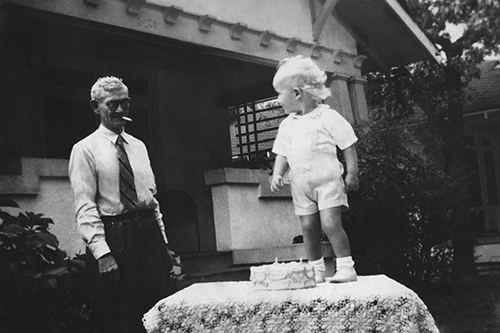 “I’m still struggling with it. He is bifurcated. Basically he rescued me when I was one after my father died. I mean we were incredibly close when I was living with him, but then I’ve got this image of this gunman who is participating in this terrible massacre.”

The realization led to Johnson’s book “Damaged Heritage: The Elaine Race Massacre and a Story of Reconciliation.” The book details the violence of Elaine, the use of torture to force the African American sharecroppers into “confessing” the white planters’ version of the event. Sheila Walker’s Uncle Albert was among those arrested, convicted, and sentenced to death. The planned executions never happened because of what is considered a landmark Supreme Court case Moore v Dempsey. 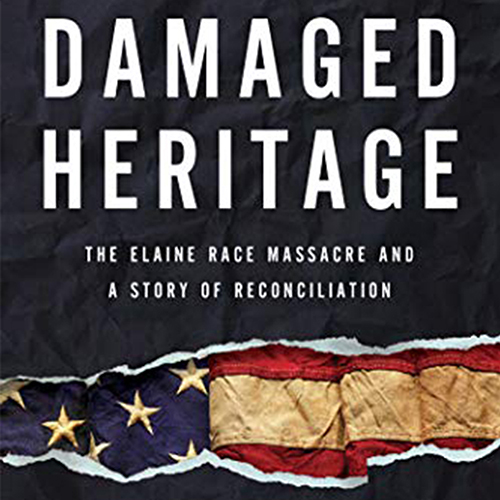 Six years ago, their family connections, on opposite sides, to the massacre led to a meeting, and a friendship, between Sheila Walker and Chester Johnson. The two were brought together by a historian who shared with Walker an article Johnson had written about Elaine.

“It was truth that was put first, and that’s the way in which Sheila and I have related to this. I mean Lonnie’s my grandfather. I didn’t participate in the massacre, but I inherited this event and his participation in it. What I do with it is I deal with it. If I don’t deal with it, then I’m basically foisting it forward with sort of the same mythologies that existed in 1919,” Johnson said. 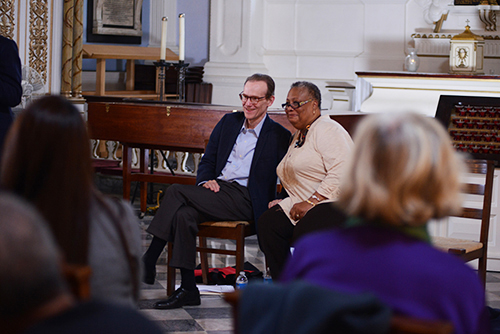 The friendship between Sheila Walker and Chester Johnson led to more than a book. It also led to a mission. Both Walker and Johnson wanted to publicly memorialize the violent events of 1919 in Elaine.

They achieved success on September 29, 2019, a century from the start of the violence, when they both attended the dedication of the Elaine Massacre Memorial in Helena, Arkansas. 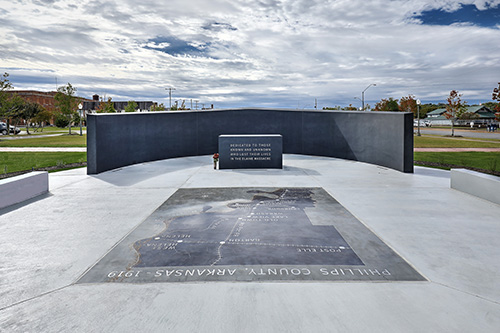 Even as she celebrates the success she and Chester Johnson achieved in the public recognition of the massacre, Sheila Walker offers a reminder that truth-telling about the history of white supremacy, systemic racism, and violence, while indispensable to creating change, is not the end of the story. Walker says that's a reality dramatized by what she saw when she traveled to southeast Arkansas for the memorial’s dedication.

“Bring it to the light so that history is known, but bring it to the light that there’s a community that’s still hurting in Elaine, Arkansas," Walker said. “It’s as though a curse is still on that county. There’s a lot of poverty. It’s kind of a feeling of oppression still lingering in the air. You just shake your head and say: Is this America?”

Regarding interpersonal reconciliation on the issue of race, Sheila Walker encourages it, but warns that nobody should expect that it will be quick and easy.

“The conversations are difficult. And I’m not speaking about Chester because it’s never been difficult between Chester and I. It’s difficult with white Americans because they’re afraid of being attacked. Not listening to the story. If there’s truly to be a conversation you just have to listen. Whites have to listen and not put their emotions into it where they’re feeling that they’re being attacked, versus 'I’m going to listen because this is something that maybe I can learn from.'”